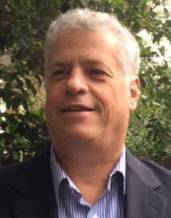 Tim Drachlis has more than 20 years of teaching experience and more than 30 years of professional journalism experience. From 2012 to 2016, he served as assistant managing editor at Newsday on Long Island, where he helped develop and implement a system that allowed news to be published faster online and across multiple platforms. Under his guidance and planning, his staff of dozens of reporters and editors won nearly 100 journalism awards for countless news events, including the Boston Marathon, Hurricane Sandy and a papal visit to North America. He was part of a team at Newsday that won Pulitzer Prizes for breaking news in 1992 and 1997, and was the editor on three other Pulitzer Prize-winning projects and two that were Pulitzer finalists. His work also has been honored by the Society of Silurians, the Society of Professional Journalists, the Long Island Press Club, the New York Press Club, the New York News Publishers Association, The Associated Press and the Society of News Design. During his 28-year tenure at Newsday, he guided thousands of enterprise and investigative projects, from a 22-part series on higher education construction to a yearlong look into how a local police chief walked into a precinct house, beat up a man accused of breaking into his car and then attempted to cover up his crime. Drachlis has taught college-level courses for 20 years on reporting, writing, editing and news design, and is a frequent guest speaker on these topics. His students have gone on to successful careers at scores of media outlets including ESPN, The Associated Press, Newsday, NBC, the South Florida Sun-Sentinel, the Wall Street Journal, the Jackson (Miss.) Clarion-Ledger and the Bergen (N.J.) Record. Before coming to Newsday, Drachlis was a reporter and editor at the Omaha (Neb.) World-Herald.