Department of Modern and Classical Languages and Literatures

Electives* (25-45 units)
Including other lower- and upper-division French courses, and remaining degree requirements (see Degree Requirements) may be used toward a double major or a minor.

This total indicates that a maximum of two courses (6 units) in G.E. Breadth C2 also may be applied to the French major: FREN 1B, 2A, and 2B. Consult a French major adviser for additional details.

Are you interested in French and Francophone history, literature, fashion and cinema? The new minor is for you. Complemennt your current major with cultural competency and show that you are open to the world.

FREN 109. French Literature, Culture, and Society from the Middle Ages to Today (3 units)

French courses are offered to help meet G.E. and can be used toward a Minor or a Major in French.

Beginning course in conversational and written French. Not open to students with two or more years of high school French credit.

FREN 1B. Elementary French (4 units)
Prerequisite: G.E. Foundation A2. FREN 1A or permission of instructor recommended. Second semester course in conversational and written French. Not open to those with three or more years of high school French credit. G.E. Breadth C2.

FREN 4. Reading and Writing (3 units)
Recommended: FREN 2B or equivalent. Opportunity to increase reading and writing skills in preparation for upper-division coursework in French.

FREN 5. Conversation (3; max total 6 units)
Recommended: FREN 2A or equivalent. May be taken concurrently with FREN 2A or 4. Development of listening and speaking skills. Exclusive use of French in an in formal class atmosphere. Conversations on assigned topics, extemporaneous discussions.

*Please note, these courses are not in numeral order, but in Area order. Be sure, if searching for a particular course number, you are looking in the correct Area of study.

AREA I. Language and Culture

FREN 103. Advanced Grammar
and Composition (3; max total 6 units)
Recommended: two semesters of Intermediate French. To be taken twice for the major. Written assignments in French on varied topics with emphasis on composition. Written exercises in French on specific points of grammar. (Fall semester)

FREN 132. French Phonology and
Structural Analysis (3; max total 6 units)
Recommended: completion of one semester of FREN 103. As a progression toward mastery, an investigation of the French language as a functioning code of verbal communication. Relationships of oral/written aspects and contrasts with American English. Intensive drill on individual pronunciation problems.

FREN 110. French Theater (3 units)
Recommended: FREN 109. Drama in France from the Renaissance to the present, with emphasis on the 17th and 20th centuries. Reading and discussion of representative works.

FREN 111. The French Novel (3 units)
Recommended: FREN 109. The novel as a reflection of French society. Analysis of major works from various periods.

FREN 113. French Poetry (3 units)
Recommended: FREN 109. Introductory course in poetry as a genre; principles of French versification. Students will be exposed to major contributions of the French in poetry. Thematic and/or chronological presentations (movements, "isms").

FREN 149. Voices of Africa (3 units)
Prerequisites: G.E. Foundation and Breadth Area C. Study of representative works by such writers as Achebe, Senghor, and Mphahlele which reveal the attitudes of modern Africans toward their land, their traditions, and their encounter with the 20th century world. Course taught in English. G.E. Integration IC.

Though he will return to the United States to participate in Fresno State’s 107th Commencement ceremony on May 19, Leslie Hille has been studying abroad for the past year and a half through the CSU International Program at the Université Paris Nanterre in France.

Université Paris Nanterre is considered to be one of the most prestigious French universities, specifically in the areas of law, humanities, political science, social and natural sciences and economics, according to... 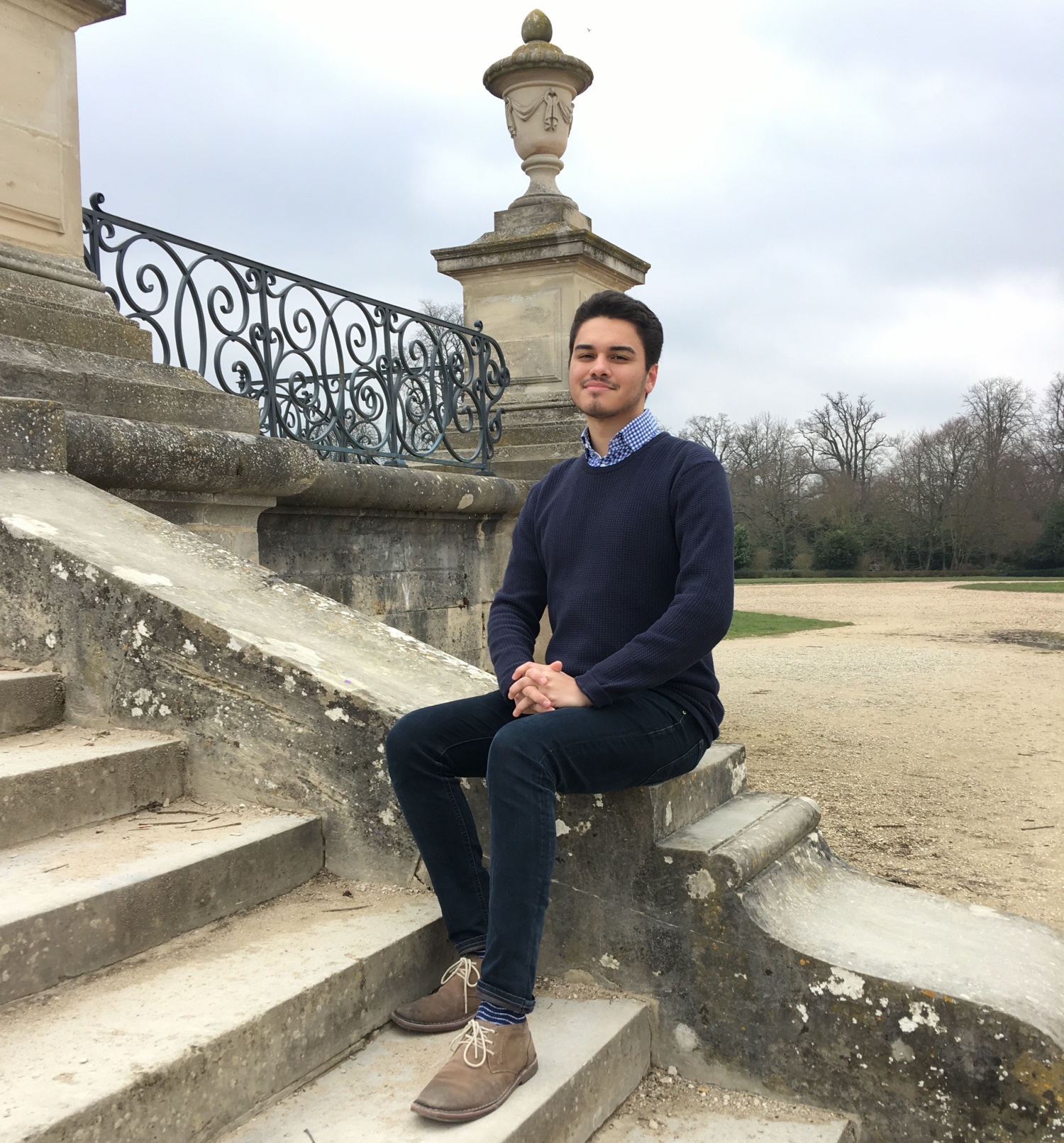