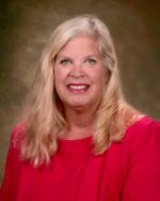 Dr. Roberta Asahina has been an icon in the Fresno Advertising community for nearly three decades, but her greatest passion has always been impacting students.

“You can't go through this program without interacting with Dr. Asahina because she's involved with so many things,” said Ryan Joneson, a 2007 graduate. “When I learned who she was in the advertising community and how long she's been around, I knew that she was somebody that was really special and key that I should try to grow a network relationship.”

Her lifetime of service to students was recognized on Oct. 29, as she was honored as the second inductee of the California State University, Media, Communications and Journalism Alumni and Friends Chapter Hall of Fame.

Asahina's commitment to students is easily recognizable within the department of mass communication and journalism at Fresno State.

“The success of her students attests to her outstanding teaching and guidance,” said Jim Tucker, professor emeritus of journalism. “They hold top jobs in advertising all over the country and even in other countries.
She has received numerous awards for the fine job she has done.”

Tucker was a faculty member when Asahina first came to Fresno State.

“She literally saved the program, rebuilt it and made it into one of the best ad programs in this part of the nation,” said Tucker.

Over the years, Asahina has connected to hundreds of students as coach of National Student Advertising Competition, which involves development of a national advertising campaign.

Joneson was a member of the competition and remembers working nights and weekends all year long to come up with the perfect campaign. He says, “It was your first real job. We put so much work into the competition.”

Joneson's team was crushed when they were not selected to advance to the national competition, but Asahina pushed them to look beyond the defeat.

“She made us put our chins up,” says Joneson. “She told us we did great and that we were going to do great things when we graduate.”

Asahina's ability to motivate her students comes personal experience. She too suffered great disappointment early in her career.

Early in her career, Asahina had ambition to be the best high school teacher in her school district. She organized spectacular events including a U. S. Bicentennial celebration that received statewide recognition.

Asahina was not selected for a Golden Horseshoe, an award presented to the school's best teachers. This disappointment pushed her to pursue her Ph. D so that she could teach at the collegiate level.

The skill and drive to overcome obstacles is something that Asahina has instilled in her students.

Joneson's upsetting conclusion to the advertising competition was a springboard for his career. He went on to have creative positions with Gottschalks and Jeffery Scott Advertising. These positions were springboards for Joneson who recently launched Rewebbed, an Internet company that redesigns websites.

“The number one thing that keeps people from owning their own business is that when they hit a road bump they get discouraged and they start thinking of other opportunities or other things they could do,” said Joneson. “Owning your own business is a great adventure, you learn a lot about yourself and a lot about the world.”

Asahina is not surprised by this success. She said, “He’s always looked down the road. Even when he was a freshman he was always looking ahead.”

Just as with Joneson, Asahina maintains life-long relationships with many of her former students and often shares their success with her classes. When her current students ask how she remembers all her students, Asahina's response is simple.

“Because they’re my life!”