Roger Tatarian was inducted into the MCJ Alumni and Friends Chapter Hall of Fame on October 14, 2010. Tatarian was a beloved professor of journalism in the MCJ department at Fresno State. Many of Tatarian's students returned to campus for the Centennial festivities and paid homage to the legacy of Tatarian.

Roger Tatarian's career as a journalist and a journalism teacher spanned 57 years. He was born in Fresno, and his interest in journalism emerged when he was a student at Longfellow Junior High School. In June 1938, he graduated from what was then Fresno State College with a bachelor's degree in political science. The next month, he began his career at United Press International (UPI), a global news-gathering service.

As a UPI reporter, Tatarian covered many major stories throughout the world, and he later became the UPI General News Manager for Europe, the Middle East and Africa. He also worked as the UPI bureau chief for London and Rome and as the news editor in Washington, D.C. His career at UPI culminated in 1967 with his promotion to vice president and editor-in-chief. In 1972, Tatarian retired from UPI.

After Tatarian left UPI, he returned to California State University, Fresno and taught journalism for 15 years. He left a strong journalism legacy in his students and continued to mentor them after they had achieved successful careers.

The MCJ Alumni & Friends Chapter of the Fresno State Alumni Association at Fresno State is a membership organization that proudly supports the academic excellence, best interest and traditions of the university and its alumni worldwide. Alumni gather for community service projects, networking opportunities and leisure activities. The chapter also funds scholarships for outstanding students and provides assistance to many MCJ programs. 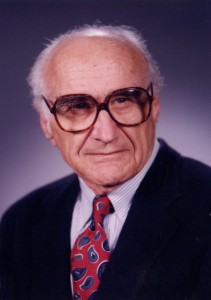 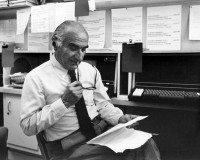