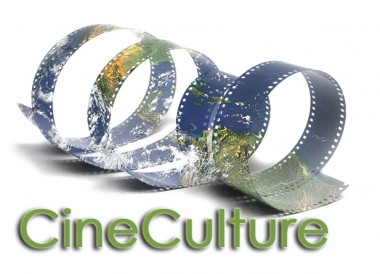 CineCulture is a film series offered as a three-unit academic course in the Media, Communications and Journalism Department. CineCulture provides a service to the Fresno State campus students, faculty and staff, and community. Everyone is welcome to attend.

CineCulture is also a campus club. The CineCulture Club promotes cultural awareness through film and post-screening discussions. Dr. Denni Blum, formerly of the Kremen School of Education and Human Development, founded CineCulture Club in Fall 2004 as a student club. It was awarded the title of Outstanding Cultural Event at Fresno State in 2007.

Parking is not enforced after 4 p.m. on Fridays.

The Valley by Indian-American director Saila Kariat tells of an affluent Silicon Valley entrepreneur Neal Kumar whose beautiful daughter Maya tragically commits suicide during her freshman year of college. No one seems to know why. In his frantic quest to find the truth – and as his seemingly idyllic life and family begins to unravel – Neal discovers many things about himself and his own choices. 95 minutes. Film website: https://www.thevalleyfilm.com/

Shadow Magic by Chinese director Ann Hu brings us to China at beginning of the 20th century. Suffering both physical cultural invasions by the West the Chinese are suspicious and antagonistic toward anything that the West has to offer. Set against this historical background, Raymond Wallace, an Australian brings yet another Western innovation: the motion picture or what the Chinese literally call “shadow magic.”Wallace wants to make his fortune by establishing the very first motion picture theater in China. Not surprisingly, his efforts are met with both awe and suspicion, especially by the Dowager Empress, and bring forth the following question: can change and tradition coexist? 116 minutes. In English & Mandarin with English subtitles. Film website: http://www.sonyclassics.com/shadowmagic/index.html

Life After Life by director Tamara Perkins follows the stories of Harrison, Noel and Chris as they return home from San Quentin State Prison. After spending most of their lives incarcerated, they are forced to reconcile their perception of themselves with a reality they are unprepared for. They also struggle to overcome their personal demons and reconstruct their fractured lives. Grappling with day-to-day challenges and striving for success, they work to reconnect with their families and provide for themselves for the first time in their adult lives. Told in an unadorned vérité-style, we experience the truth of their heartaches and triumphs. As their stories unfold over weeks, months and years, we witness the precarious nature of freedom after incarceration in America. 73 minutes. Film website: http://www.lifeafterlifemovie.com/

A young lawyer named Kholoud Al-Faqih walks into the office of Palestine’s Chief Justice and asks to join the bench. He laughs at her. However, a few years later, Kholoud becomes the first female judge to be appointed to the Middle East’s Shari’a (Islamic law) courts. The Judge by director Erika Cohn offers a unique portrait of Judge Kholoud: her brave journey as a lawyer, her tireless fight for justice for women, and her drop-in visits with clients, friends, and family. With unparalleled access to the courts, The Judge presents an unfolding vérité legal drama, with rare insight into both Islamic law and gendered justice. In the process, the film illuminates some of the universal conflicts in the domestic life of Palestine—custody of children, divorce, abuse—while offering an unvarnished look at life for women and Shari’a. 76 minutes. In Arabic and English with English subtitles. Film website: https://www.thejudgefilm.com/

In the late 1930s China is in dire straits. The country will collapse under Japan’s military juggernaut if it does not receive outside assistance. Chinese-American firebrand Li Ling-Ai jolts Americans into action with a new medium: the 16mm Kodachrome color film. She hires American photojournalist Rey Scott to travel to China and capture a citizen’s perspective of the war-torn country, including the massive bombing of the wartime capital Chungking (now Chongqing). Their landmark film Kukanis screened by President Roosevelt at the White House, called “awesome” by the New York Times, and receives one of the first Academy Awards for a feature documentary in 1942. Why have we never heard of Li Ling-Ai? And why have all copies of Kukan disappeared? Finding Kukan director Robin Lung turns detective and goes on a seven-year quest to find the answers. 75 minutes. Film website: http://www.nestedeggproductions.com/

Sponsor: Center for Creativity and the Arts

Persona Non Grata by director Cellin Gluck depicts the life of Chiune Sugihara who is often described as the “Japanese Schindler.” This Japanese diplomat and world-class spy is posted in Lithuania from 1939 to 1940 and gathers intelligence on European affairs. As WWII begins and Germany invades Poland, Jewish refugees flee to Lithuania. In search of transit visas, they turn to Sugihara, who is torn between his loyalty to his country and his commitment to humanity. 139 minutes. In Japanese with English subtitles. Film website: http://www.7thart.com/films/Persona-Non-Grata

In Iqaluit by French-Canadian director Benoît Pilon, Carmen travels for the first time to Iqaluit, the capital of Canada’s newest, largest and northernmost territory. Her husband Gilles has been gravely injured and she wants to be at his bedside. Trying to find out how her husband sustained his injuries, she grows closer to Noah, an Inuk (or Eskimo) friend of Gilles and soon comes to understand that their dramas are deeply intertwined. What happened? What is Noah’s involvement in these events? Will Carmen be able to find the answers to her questions? In French, Inuktitut and English, with English subtitles. 102 minutes.

Sponsors: The French Program and the Department of Modern & Classical Languages & Literatures.

Directed by Algerian-French director Mohamed Hamidi, Homeland narrates the adventures of Farid, a 26-year old French law student, who travels to his father’s native Algeria because of a family emergency. Discovering this country where he had never been before, he comes in contact with a colorful gallery of amazing characters whose warmth and simplicity deeply touch him. He is particularly struck by a cousin who dreams to leave Algeria and live in France. Farid’s trip becomes an incredible journey, full of humor and humanity, an experience that will totally upset the image he had of his family and lead him to take a new look at his own identity. In French and Arabic, with English subtitles. 117 minutes.

Sponsors: The French Program and the Department of Modern & Classical Languages & Literatures.

At the age of 85, U.S. Supreme Court Justice Ruth Bader Ginsburg has developed a lengthy legal legacy while becoming an unexpected pop culture icon. But the unique personal journey of her rise to the nation's highest court has been largely unknown, even to some of her biggest fans – until now. RBG, directed and produced by Betsy West and Julie Cohen, explores Ginsburg’s amazing life and long legal career. 98 minutes. Film website: https://rocofilms.com/rbg/

Roots by Armenian director Vahé Yan tells the story of a Boston-based journalist-blogger named Aram who decides to visit Armenia on the eve of the 100th anniversary of the Armenian Genocide in 2015 and cover the commemorative events on his blog. In Armenia purely by accident, he meets Anet, who lives in France and who, under the nickname Vané, is one of his regular blog readers. The beautiful love story that emerges makes these protagonists’ ties with their native homeland even more profound. A modern-day romance. 80 minutes. In Armenian and English with English subtitles.

Dede by Georgian director Mariam Bakacho Khatchvani is based on true events that took place during the Georgian Civil War (1988-1993). The film is set in the mountainous region of Svanetia in Northwest Georgia where the Svans, a people far removed from the modern world, still live in a society deeply steeped in tradition. This patriarchal society revolves around arranged marriages, pride and customs that dictate the code of daily life. Dede tells the story of Dina, a young woman promised by her draconian grandfather to David, one of the soldiers returning from the civil war. A marriage arranged by two families cannot be broken as it would bring dishonor and bloodshed. Dina does not love David and falls for his handsome friend. Will Dina be able to follow her heart? Will David accept Dina’s love for another man? In this hostile and conservative environment, Dina’s dream of true love is a menace to her community’s ancient ways. 97 minutes. In Georgian with English subtitles. Film website: http://www.corinthfilms.com/films/dede/

Sponsor: Center for Creativity and the Arts

Silent Sacrifice by director Jeff Aiello reveals the true story of one of the darkest chapters in America’s past: the relocation and incarceration of Japanese-American in 1942. After Japan’s surprise attack on Pearl Harbor in 1941, Japanese Americans and immigrants who called the United States home were subjected to one of the largest violation of civil liberties in our nation’s history. President Franklin Delano Roosevelt signed Executive Order 9066 on February 19, 1942, and, by May of the same year, nearly 120,000 people of Japanese ancestry, most legal American citizens, were forced to leave their homes, their schools, their businesses and their lives behind and relocate to military-controlled concentration camps. This documentary focuses on our local history of this tragic past and presents witnesses who might be your friends and/or neighbors.  117 minutes.  Film website: https://valleypbs.org/sacrifice/

Fresno State encourages persons with disabilities to participate in its programs and activities. If you anticipate needing any type of accommodation or have questions about the physical access provided, please contact us in advance to your participation.