Department of Modern and Classical Languages and Literatures

What is Classics and Why Study It?

"The Greeks," historian Jacob Burckhardt wrote, are "the representatives of genius on earth . . . if we ignore them we are simply accepting our own decline." The Classical tradition that started with the Greeks and expanded with the Romans defined civilization for millions of people in the ancient Mediterranean region, including North Africa and the Middle East. In later centuries its influence spread around the globe with explorers, colonizers, and missionaries. To learn about the ancient Greek and Roman cultures and languages is to possess a key to our own cultural and linguistic roots and ultimately to ourselves as modern Americans.

At Fresno State, we have both a minor and a special major in Classical Studies, with an emphasis upon the Greek and Latin languages. Many of our students win lucrative McClatchy and Garabedian scholarships, and they also travel and study overseas, including at the American School of Classical Studies at Athens (which requires a strong knowledge of ancient Greek). Many continue their studies in a variety of fields in graduate school at excellent institutions, including Yale, Brown, Princeton, UCLA, and Stanford.

A testimonial from The Princeton Review

“We can’t overestimate the value of a Classics major. Check this out: according to Association of American Medical Colleges, students who major or double-major in Classics have a better success rate getting into medical school than do students who concentrate solely in biology, microbiology, and other branches of science. Crazy, huh? Furthermore, according to Harvard Magazine, Classics majors (and math majors) have the highest success rates of any majors in law school. Believe it or not: political science, economics, and pre-law majors lag fairly far behind. Even furthermore, Classics majors consistently have some of the highest scores on GREs of all undergraduates.”

Students who wish to continue studying Classics or ancient history on the graduate level or who plan to teach Latin at the high school level are strongly advised to apply for a Special Major in Classical Studies.

The minor allows for three areas of interest: Latin, Greek, and Classics (Greek and Latin).

**Select from Approved Course Electives or from other pertinent courses approved by the faculty adviser.

**Select from Approved Course Electives or from other pertinent courses approved by the faculty adviser.

*Select from Approved Course Electives or from other pertinent courses approved by the faculty adviser.

The following list includes the elective courses most directly concerned with Classics.

Thanks to the generosity of our donors, the McClatchy Family and the Bertha and John Garabedian Foundation, there are several scholarships awarded each year to students.

Phebe McClatchy Conley Scholarships are available for those undergraduate students preparing for graduate school, as well as those enrolled in the M.A. programs on campus (with an emphasis on ancient studies) who are planning to pursue doctoral studies. Students must have a 3.3 G.P.A. to apply for this scholarship.

McClatchy Scholarships are also available for students who wish to study Classics abroad.

Bertha and John Garabedian scholarships are awarded to students who are studying for a minor in Classical Studies. 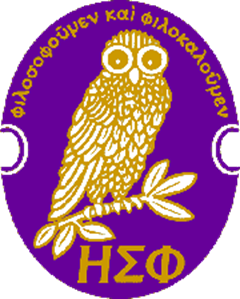 CSU, Fresno students who have taken at least two years of ancient Greek are eligible to apply to the American School of Classical Studies at Athens. On this six-week summer program, students can visit the archaeological sites of Greece with experts.

For more information on other study abroad opportunities for CSU, Fresno students, please visit the Study Abroad and International Exchanges page or their office in FFS 111. 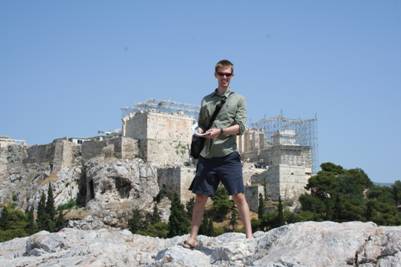 Classics major Harrison Williams in Athens, where he studied on the 2008 ASCSA summer program

These students studied Classics as undergraduate special majors or minors (with majors in other departments), or as M.A. students in History.

Katy Becker is completing her doctorate in History at Ohio State.

Ryan Brunkhorst is working on his M.A. in History at Fresno State.

Curtis Eastin is finishing his doctorate in Ancient History at Yale and has been teaching at Fresno State.

Tim Ellison is heading off to Yale to study for a Ph.D. in Comparative Literature.

Doug Favelo completed his doctorate at UCLA and is an associate professor in History at Patrick Henry College.

Keith Ford is starting the M.A. program in English here at Fresno State; he was nominated for the dean’s medal by the English Department.

Neil Gibson (Fresno State President’s medalist) completed his M.A. at Johns Hopkins School of Advanced International Studies and has been assigned by the U.S. Department of State to the Philippines.

Ray Ibrahim, author of The Al Qaeda Reader, is currently studying toward his doctorate in medieval Islamic history at Catholic University.

Michelle Jurkovich is working on her doctorate in International Relations at George Washington University.

Amy Noel is pursuing graduate studies in History at Boston University; she is the 2009 dean’s medalist for the College of Social Sciences.

Nate Orgill is finishing his doctorate in History at Duke and has been teaching at Fresno State and at Fresno Pacific University.

Nick Rockwell recently earned his Ph.D. at UCLA and is now an assistant professor in History at the University of Denver.

Eric Sunderland is studying at the Princeton Theological Seminary.

Michael Tercero is working on his M.A. in History at Fresno State and is attending the American School of Classical Studies at Athens 2009 summer program.

Every autumn the Classics program hosts the Phebe McClatchy Conley Classics Lecture, which brings to Fresno an internationally renowned scholar who speaks to a large audience and meets separately with our students. Lecturers include:

The Classics program also hosts a variety of other lectures and performances throughout the year, such as Victor Hanson’s annual spring lecture and Eldon Quick’s marvelous renditions of Homer.