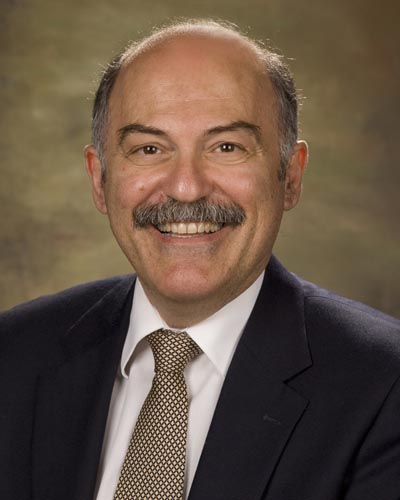 Der Mugrdechian was named in 2008 as the editor of The Armenian Series  at The Press at California State University, Fresno. Armenian titled books in a variety of disciplines will be published in the Series.

Der Mugrdechian was honored as the "Man of the Year" by the Knights and Daughters of Vartan at a Banquet on March 30, 2019. The award was in recognition of his leadership of the Armenian Studies Program and for his service to the Armenian community.

The Armenian Series of the Press, under the general editorship of Der Mugrdechian, has published 16 volumes, including its most recent works, "A Woman of the World: Armen Ohanian, The "Dancer of Shamakha," by Vartan Matiossian and Artsvi Bakhchinyan; "From My Life and Thoughts: Reflections on an Armenian-American-Journey," by Dr. Dennis Papazian; "Captive Nights: From the Bosphorus to Gallipoli with Zabel Yessayan,"  and  "Misak Medzarents: The Complete Lyric Poems," tr. by Dr. James Russell; "The Armenians of Musa Dagh: From Obscurity to Genocide Resistance and Fame, 1843-1915, by Dr. Vahram Shemmassian,"  "Armenian-American Sketches" by Bedros Keljik; "Armenians and Kurds in the Late Ottoman Empire," edited by Ümit Kurt and Ara Sarafian; and "The First Republic of Armenia (1918-1920) on its Centenary: Politics, Gender, and Diplomacy," edited by Bedross Der Matossian.

Der Mugrdechian co-edited, with Bedross Der Matossian, Western Armenian in the 21st Century: Challenges and New Approaches. The book is number 7 in the Armenian Series at Fresno State. (The Press at California State University, Fresno, 2018).

He began teaching in the Armenian Studies Program at California State University, Fresno in 1985 and he has taught courses in Armenian language, history, literature, culture, art, church and a variety of other topics on Armenia and the Armenians for the past thirty-seven years.

He received his M.A. and C. Philosophy degrees from UCLA, where he majored in Armenian Language and Literature through the Department of Near Eastern Languages and Literatures.

In September of 2010, His Holiness Karekin II, Catholicos and Supreme Patriarch of the Armenian Church, bestowed upon Der Mugrdechian the St. Nerses Shnorhali (the Graceful) medal and encyclical, for service to the Armenian Church.

Der Mugrdechian is the co-editor with Dickran Kouymjian of David of Sassoun: Critical Essays on the Armenian Epic (The Press at California State University, Fresno, 2013).

Der Mugrdechian edited the volume, Between Paris and Fresno: Armenian Studies in Honor of Dickran Kouymjian, (Mazda Press, 2008), 761 pp. The Festschrift encompasses articles from forty-five scholars from throughout the world, writing in a variety of disciplines, to honor Dr. Dickran Kouymjian.

In December of 2000, Der Mugrdechian was honored with an honorary Doctorate Degree from Yerevan State University. YSU President Dr. Radik Martirosyan bestowed the honor on Der Mugrdechian in Yerevan, Armenia.

For the past thirty-seven years he has been the advisor to the Armenian Students Organization on campus and advisor for the Hye Sharzhoom/Armenian Action newspaper.

In the summer of 2019, Der Mugrdechian led the "Armenia Summer Study Program 2019," taking 14 students to Armenia for seventeen days. Students had the opportunity to learn about Armenia, both in a historical and also contemporary context. They also traveled to various historic sites in the country.

In the summer of 2017, Der Mugrdechian led the "Armenia Summer Study Program 2017," taking 13 students to Armenia for seventeen days. Students had the opportunity to interact with students from Yerevan State University, and to travel to various parts of the country.

In the summer of 2016, Der Mugrdechian was invited to speak by the Tekeyan Cultural Association of Lebanon at Haigazian University in Beirut. He also traveled to Armenia and Istanbul.

In the summer of 2014, Der Mugrdechian led the "Armenia Summer Study Program 2014," taking nine students to Armenia for three weeks. Students had the opportunity to interact with students from Yerevan State University, and to travel to various parts of the country.

In the summer of 2011, Der Mugrdechian led the "Armenia Summer Study Program 2011," taking fourteen students to Armenia for three weeks. Students had the opportunity to interact with students from Yerevan State University, and to travel to various parts of the country.

In the summer of 2007, Der Mugrdechian led the "Armenia Summer Study Program 2007," taking seven students to Armenia for three weeks. Students had the opportunity to interact with students from Yerevan State University, and to travel to various parts of the country. He led a similar program in 2005 with nine students.

"All Things Armenian" is a radio hour hosted by Der Mugrdechian which aired originally on the campus radio station, KFSR 90.7. The one hour program aired on Saturdays from noon until 1PM. In 2019 a new version of "All Things Armenian," aired for two years on Multicultural 1600AM. The archived shows can be heard here: https://soundcloud.com/fresno_state/sets/all-things-armenian.
The show consists of interviews, music, and news. "All Things Armenian" was a production of the Armenian Studies Program and KFSR.

In September 1999, Der Mugrdechian was elected as a delegate to the National Ecclesiastical Assembly in Holy Etchmiadzin and traveled to Armenian in October to participate in the election of the new Catholicos of All Armenians, His Holiness Karekin II.

In the fall semester of 1999, Fresno State was awarded a $104,000 grant for the purpose of conducting a Faculty Development Program in Business and Economics with Yerevan State University. Der Mugrdechian successfully applied for the grant and traveled to Armenia in 1999 to initiate the project.

The grant was renewed for a three year period and was funded for an additional $300,000. Faculty from the Craig School of Business assisted him in the project.

In 1997-1999 he was active in the USDA-Armenian Agricultural Academy-Fresno State Marketing Assistance Program. The Program involved selected faculty from both institutions. The goal was to reform Armenia's educational system in the area of agriculture.

Der Mugrdechian has frequently traveled to Armenia and in 1991 he was instrumental in the establishment of a link between Yerevan State University and California State University, Fresno.

In the summer of 2001, Der Mugrdechian led a three week "Armenian Summer Studies Program" for eighteen students from Fresno State. They visited Paris and Armenia.

In 1988 and 1990 he led a group of Fresno State students to Armenia for a one-month study program. During the past several years, seven students from Yerevan State University have also come to Fresno State to study.

In 1986 he led a group of students for a one-month study trip in the Armenian Quarter of the Old City of Jerusalem.

For the five years, 1997-2003, Der Mugrdechian was editor of the Newsletter of the Society for Armenian Studies, the international organization composed of scholars and teachers involved in the study of the Armenians. The Newsletter is published three times a year.