Sponsored by the Armenian Studies Program, Fresno State
with the support of the President's Office, Fresno State

Purpose: FICAT aims to train students who have a basic knowledge of Classical Armenian to produce high-quality translations of texts that are important to their research.

History: FICAT builds upon the successes of an intensive introductory course in Classical Armenian conducted by Dr. La Porta and Dr. Pifer at the Hill Museum and Manuscript Library (HMML) of St. John’s College, MN, with the support of the Dumbarton Oaks Research Library (DORL), Washington, D.C. in the summer of 2017. Dr. La Porta and Dr. Pifer founded FICAT, in partnership with HMML and DO, to offer students the opportunity to continue their training. It currently serves as the largest workshop for Classical Armenian translation in North America. 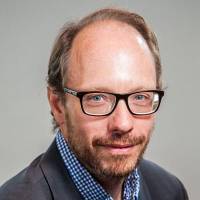 Dr. Sergio La Porta is the Haig and Isabel Berberian Professor of Armenian Studies and Chair of the Department of Philosophy at California State University, Fresno. His areas of research include medieval Armenian intellectual and political history, philology, and apocalyptic literature. Dr. La Porta has published a three-volume study on Armenian commentaries on the works of Dionysius the Areopagite (Peeters, 2008) and several articles on medieval Armenia that have appeared in Revue des études arméniennes, Le Muséon, and Medieval Encounters. He is co-editor with Barbara Crostini ofNegotiating Co-existence: Communities, Cultures and  ‘Convivencia’ in Byzantine Society (WVT, 2013); and with Kevork Bardakjian of The Armenian Apocalyptic Tradition: A Comparative Perspective (Brill, 2014). He is currently the Editor of the Journal of the Society for Armenian Studies.
https://csufresno.academia.edu/SergioLaPorta 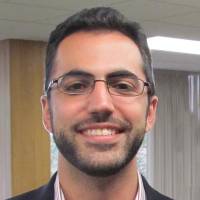 Michael Pifer is lecturer of Armenian language and literature at the University of Michigan. He studies the connective tissues that run through Armenian, Persian, and Turkish literary cultures, particularly in medieval Anatolia. His research has been supported by the National Endowment for the Humanities and a Manoogian Simone Foundation Postdoctoral Fellowship at the University of Michigan. Dr. Pifer is the co-editor of An Armenian Mediterranean: Words and Worlds in Motion (Palgrave Macmillan, 2018), with Kathryn Babayan. His publications have recently appeared in Diaspora: A Journal of Transnational Studies, The Journal of Literature and Trauma Studies, and Absinthe: A Journal of World Literature in Translation, and are forthcoming in Dibur and Medieval Encounters.
https://cee-umich.academia.edu/Michael Pifer

Participants: We are pleased to announce the following nine translation fellows who will participate in FICAT in 2018: 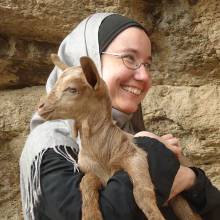 Liza Anderson is currently Visiting Assistant Professor of Theology and the History of Christianity at Claremont School of Theology, and a Louisville Institute Postdoctoral Fellow. She received her PhD from Yale University in 2016, and has also taught at Episcopal Divinity School, the Ukrainian Catholic University, and Saint Peter’s Seminary in Iraq. Liza works particularly on Syriac Christianity, monasticism, ecumenism, and the history of Christian spirituality. Her work has been supported by Fulbright, Mitchell, and Javits Scholarships, and by grants from the Episcopal Church Foundation, the American Academy of Religion, and the National Endowment for the Humanities. 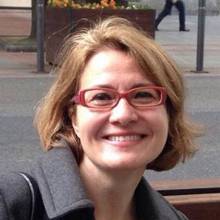 Marina Bazzani studied Classics and Byzantine literature in Italy, US and UK. Her research focuses on Byzantine learned poetry; in the past years she has been working mainly on the 13th-century poet Manuel Philes. She has always been interested in Armenian culture and history because of the numerous connections with Byzantium; however, what drove her to learn classical Armenian has been her wish to study the striking similarities between the poetry of Symeon the New Theologian and Grigor of Narek. Since the completion of her doctorate she has been a lector of the Faculty of Classics at the University of Oxford. 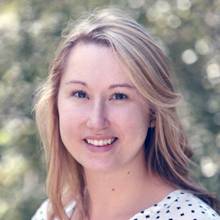 Kayla Dang is primarily interested in the transmission of religion, especially in the context of Iran in Late Antiquity. Her research focuses on the continuity of the Zoroastrian priesthood from the Sasanian period into the Islamic period, and specifically the religious institutions that provide the framework for such transmission. Therefore she studies practices of religious education, textual composition and compilation, manuscript traditions, as well as the socio-political history of the priests themselves, utilizing sources in a variety of languages including Middle Persian, Parthian, Armenian, Arabic, and Syriac. Kayla has an M.A. in Iranian Studies from SOAS, University of London, where she studied Zoroastrianism and Avestan, and is now pursuing her PhD in Near Eastern Languages and Civilizations at Yale University. However, she comes from a background in Classics, having obtained an M.A. in Classics from the University of Southern California as well as a B.A. in Classics from the University of Notre Dame. 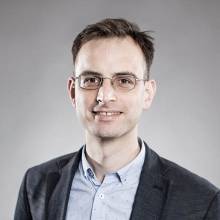 Sundar Henny is an historian of early modern Europe. He is currently an Ambizione fellow at the University of Berne. His doctoral thesis (University of Basel, 2012) dealt with autobiographical writing in 17th-century Zurich: a revised version appeared as Vom Leib geschrieben: Der Mikrokosmos Zürich und seine Selbstzeugnisse im 17. Jahrhundert (Böhlau, 2016). He has conducted postdoctoral research on the early modern reception of the Greek geographer Strabo at the University of Cambridge and Princeton University. His new project, funded by the Swiss National Science Foundation, is entitled Navel of the World: Cross-Cultural Encounters at the Church of the Holy Sepulchre, 1400–1600. 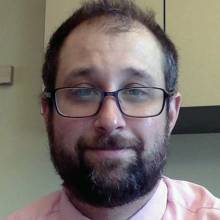 Jesse Izzon teaches at Quinnipiac University in Hamden, CT. He received his Ph.D. in history from the University of Minnesota in 2016, writing his dissertation on the Crusader States in the Levant in the late 13th-century, particularly their diplomatic and military interactions with neighboring regional powers. Having worked extensively with Old French, Latin, and Arabic sources, he began adding Armenian to his repertoire last summer at the HMML/Dumbarton Oaks program. As he continues to study this summer in Fresno, he looks forward to integrating the view from Armenian Cilicia and Armenian sources more fully into his research on the Crusader States. 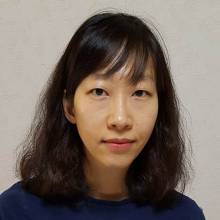 From her childhood, Seonyoung Kim has been fascinated by ancient and medieval manuscripts, scrolls, clay tablets, and archeological artifacts. She began to develop her interest in them in earnest when she started her graduate studies in 2003 in the field of early Christianity and Gnosticism. Recently, she earned her Ph.D. from the Catholic University of America with a study on the Arabic manuscript of the correspondence between the Emperor Leo III and the Caliph ‘Umar II. Currently, she is working in Hannim Biblical Institute in Uijeongbu, South Korea. Her primary interests are on Christian-Muslim inter-religious dialogues, Arabic Papyrology, Syriac Studies, and Old Testament Apocryphal/Pseudepigraphical texts. 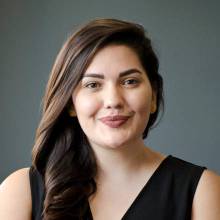 Erin Piñon is a doctoral student in the Department of Art and Archaeology at Princeton University. Her work focuses on the visual and material culture of late-medieval and early modern Armenia, with a focus on illuminated manuscripts and early printed materials. She is currently interested in the inventive expansion of the Armenian iconographic repertoire in the area surrounding Lake Van in the fifteenth and sixteenth centuries. 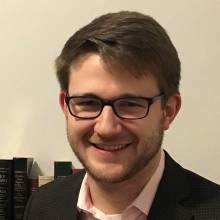 Jimmy Wolfe is entering his fourth year as a Ph.D. student at The Ohio State University in the Department of Classics. He previously received a Bachelor of Arts in French and a Bachelor of Arts in Classical Studies with honors from Georgetown University. He focuses on early Christianity – its languages, narratives, and communities - in the eastern Mediterranean world during Late Antiquity. He is specifically interested in how Christian monasticism interacted with economics and imperialism. His current project aims to reconstruct the history of Armenians in the late Roman army, which will become a part of his dissertation on Armenian communities in the eastern provinces of the Late Roman Empire.