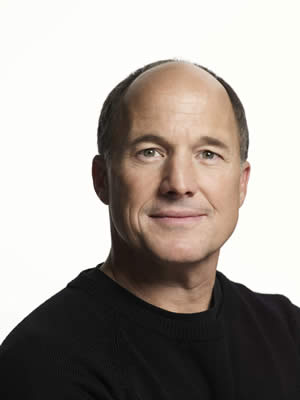 Brad Lewis is a Clio, Emmy and Oscar-award winner. His expertise in film, theatre, television and advertising production has resulted in many acclaimed projects, which include Disney-Pixar’s Ratatouille, which Lewis produced. In 2008, Ratatouille received every major film award for Best Animated Feature including an Academy Award, a Golden Globe, a Grammy for Best Score and 10 Annie awards which is the animation industry’s highest honor.

Lewis joined Pixar Animation Studios in 2001. Prior to that, he worked 13 years as a producer, executive producer and executive vice president of production at Pacific Data Images/DreamWorks Animation. He was a producer on the animated feature film ANTZ, and among his many feature film production credits are Forces of Nature and Broken Arrow.

Brad has produced television specials such as Hanna-Barbera’s The Last Halloween, for which he won an Emmy, and the first 3D episode of The Simpsons. He also received an Emmy for the design of the “crashing helmets” opening animation graphics for ABC’s Monday Night Football.

Brad’s outstanding commercial production work earned him two Clio Awards which are given for creative excellence in advertising and design. With more than 15,000 entries from around the world and more than 100 judges from 62 countries it is the top honor in television advertising.

Brad broke into the entertainment industry as a personal production assistant on The Merv Griffin Show and also performed as a dancing monster for the Sesame Street Live national touring company.

Brad graduated from Fresno State in 1980 with a Bachelor of Arts in Theatre. He lives in San Carlos with his wife, their son and daughter and in 2007 served as the Mayor of the city.