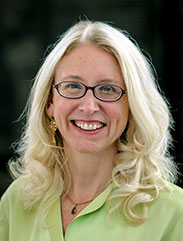 As a scholar, Dr. Chapman has focused especially upon the crossroads of cultures in the Greek texts of Flavius Josephus, a first-century Jewish historian. Dr. Chapman contributed both translation and commentary to the Brill Josephus Project volume Flavius Josephus: Translation and Commentary, ed. Steve Mason, vol. 1a: Judean War 2 (2008); she is currently working on Judean War 5. Her latest publication is the Wiley-Blackwell Companion to Josephus, co-edited with Zuleika Rodgers (Trinity College Dublin), 2016.

Dr. Chapman’s family has roots in the San Joaquin Valley stretching back to the 1860s, making her a fourth-generation resident. She looks forward to helping the College’s faculty and staff ensure that future generations of Fresno State students enjoy a superior, enriched education in the Arts and Humanities so that they may help this Valley continue to grow more culturally and intellectually vibrant. 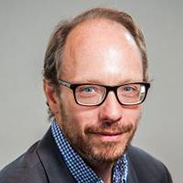 Dr. Sergio La Porta is the Associate Dean of the College of Arts and Humanities and the Haig and Isabel Berberian Professor of Armenian Studies at California State University, Fresno. He received his Ph.D. in Armenian and Near Eastern Studies from Harvard University in 2001. Prior to coming to Fresno, Dr. La Porta taught Armenian and Religious Studies at the Hebrew University of Jerusalem. His research interests include medieval Armenian intellectual and social history, philology, and apocalyptic literature. Dr. La Porta is also the Editor of the Journal of the Society for Armenian Studies serves on the editorial boards of several book series. Since 2010, Dr. La Porta has lectured on the Armenian Genocide in the Holocaust and Genocide Lecture Series at Sonoma State University. From 2013-2015, he served as President of the Armenian Genocide Centennial Committee, Fresno. In 2018, he cofounded with Dr. Michael Pifer the Fresno Institute for Classical Armenian Translation that teaches Classical Armenian Language to students from around the world.

Dr. La Porta is married to Malina Zakian and they have two children, Lucine and Zaven.