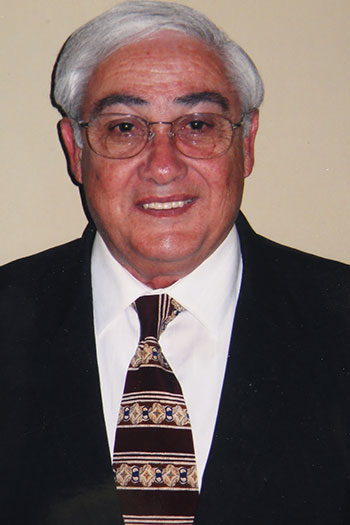 Charles is a Fresno native with Italian roots who, in 1957, became the first in his family to graduate from college.

Charles’ undergraduate career began in 1953 at Fresno State’s original campus where he performed in the school’s last and the new campuses’ first theater productions. As a student, Charles left his mark on the campus, helping plan the first Peach Blossom Festival and leading the Speech Arts Guild and Western Speech Association.

Even as an alumnus, Charles’ fingerprints have continued to mold Fresno State. From 1971 to 1973, he served as Board President of the Fresno State Alumni Association. He has also returned to campus as a guest lecturer in Public Relations and continues to serve on the Peach Blossom Festival Committee.  Throughout the years, Charles has also played an active role in fundraising for renovations to the Fresno State Sigma Chi Fraternity Chapter House.

“You can’t quit.  You’ve got to find something you enjoy and do that.”