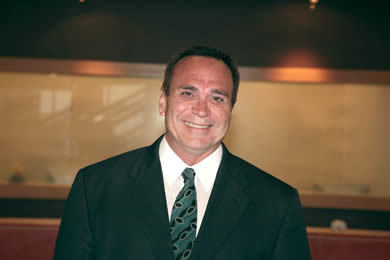 Prior to joining the Music Faculty in 1982, José A. Díaz was actively engaged as a performing musician with orchestras and chamber ensembles in Mexico and across the state of Texas.  Since coming to Fresno he continues to contribute to the professional musical and cultural life of the central San Joaquin Valley as performer, adjudicator, clinician, and guest speaker for various musical organizations.  Between 1986 and 2011 he held the Hon. Edward and Anita Shanahan Principal Oboe Chair with the Fresno Philharmonic Orchestra, one of California’s most prominent regional orchestras, and since 2009 José has held the post of principal and solo oboe of the Fresno Grand Opera Orchestra.

José’s unpublished dissertation “A Pedagogical Study for Oboe of Four Orchestral Works by Maurice Ravel” has made its way into oboe studios throughout the world.  He holds a Doctorate of Musical Arts in Oboe Performance from the University of Texas at Austin.

José has served in various capacities at California State University Fresno over the course of his tenure.  José was Chair of the Music Department from 1998 – 2004 and served as Chair of the Council of Chairs for AY 2003-2004.  Between 2001 and 2004, he served as the College of Arts and Humanities Representative to the Western Association of Schools and Colleges Self-Study Steering Committee. In addition to teaching and performing, José has reviewed music appreciation texts for Macmillan and contributed test questions in music history and aural skills for the Praxis Music Test.  He is a founding member of the highly acclaimed University High School and served on its first Board from 1999-2004.  In 2009, José served as Vice-President of the Board of Directors of the Fresno Coalition for Art, Science, and History.  José also served as Vice President on the Board of Directors of the Youth Orchestras of Fresno from 2008 – 2010, and has been a Site-Evaluator for the Accreditation Commission of the National Association of Schools of Music since 2004.  He was appointed Associate Dean for the College of Arts and Humanities in 2004 and from 2010 - 2012, José took on the additional appointment as Founding Director of the Center for Creativity and the Arts.  He currently serves on the Board of the Fresno Philharmonic Orchestra.  José’s various leadership roles and administrative responsibilities include development and cultivation of collaborative educational programs with artistic and cultural organizations in the Central San Joaquin Valley.